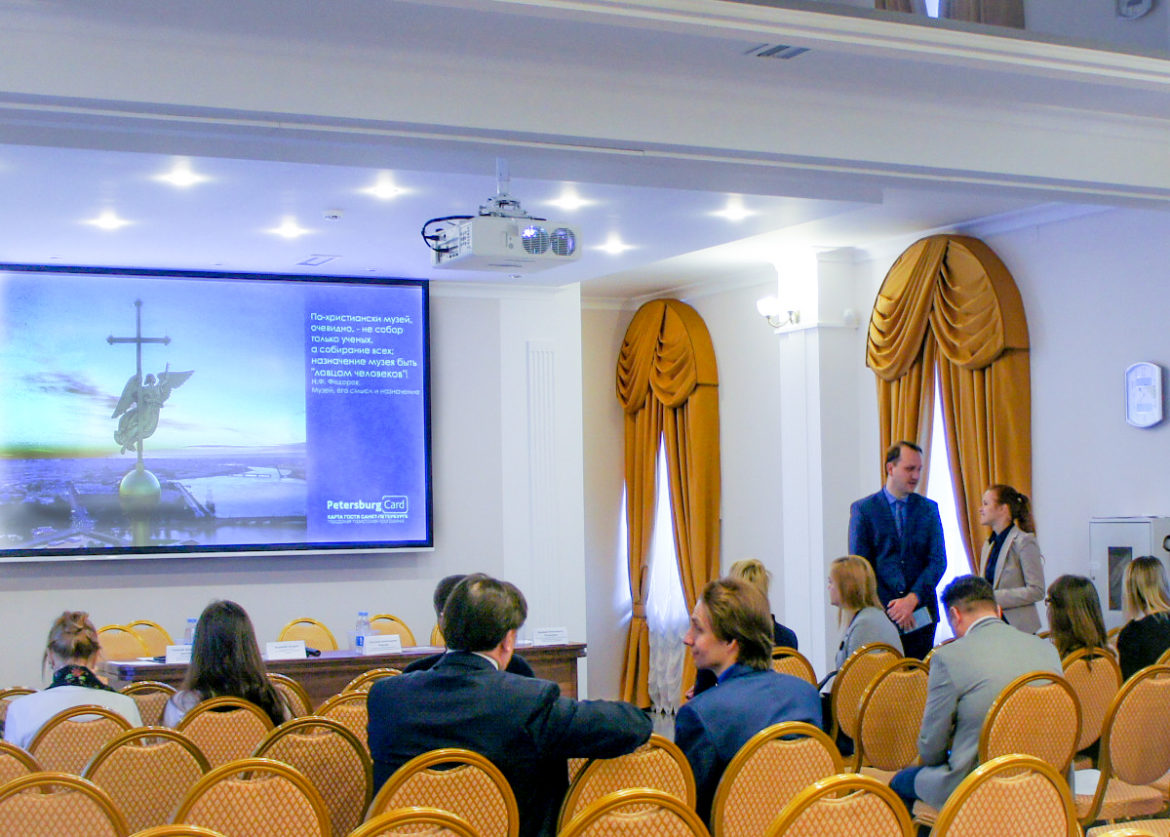 Backstage Of The Tourism Industry In St. Petersburg

Have you ever wanted to catch a glimpse of the behind-the-scenes of the tourism industry? If yes, come with me to see what’s going on in St. Petersburg.

I am fond of exploring St. Petersburg and of writing about its tourist attractions. Besides, I am always glad to know that something useful was done for all tourist coming to St. Petersburg (and Russia in general).

Fortunately, nowadays the tourism industry is open to dialogue. And bloggers are invited to important official meetings alongside official mass media. Thus, on February, 21 I took part in a meeting “Distribution of tourist flows between the attractions of St.  Petersburg. Problems and opportunities”. More than 80 specialists, including representatives of museums, discussed the museum attendance during high and low tourist seasons, the importance of museums and other issues of urban marketing.

The Most Crucial Problem Of All Touristy Destinations

Do you know what is one of the most crucial problems of touristic St. Petersburg? It is how to relieve pressure from the biggest city attractions and to attract tourists to less known places of interest.

Waiting for hours just to enter a museum… It looks like a waste of time. But on the other side: to visit St. Petersburg and not to visit Peterhof seems like to visit Paris and not to peek at the Eiffel Tower. I never go to those museums in summer but no denying that summer is still the most popular season for visiting St. Petersburg.

In fact, most world-known travel destinations face this problem.

For example, the city of Amsterdam is already confronted with the excess of tourists. The city centre is overloaded. Most of the tourists visit the Van Gogh Museum and the City Museum (Stetelek). At the same time, smaller museums receive fewer visitors.

How Do World-Known Attractions Resolve The Problem Of The Excess Of Tourists?

To tell the truth, I did not even imagine how many really amazing things have been done!

Those measures include, for instance, re-naming, adjusting public transportation and a project known as I Amsterdam City Card. Amsterdam City Card works very well: you pay 80 Euro and for 48 hours you have access to more than 70 museums. Plus other pleasant bonuses as discounts in hotels and restaurants.

St. Petersburg City Card has many advantages, especially for independent travellers. I’m already composing a post about it: in which cases it could be profitable and how it helps to save money.

In addition, the City Card gives tourists an idea of what to see and where to go. The main purpose of the card is to draw attention to less known attractions. Because “less known” is not equal to “worst”. More often it means “hidden gems”!

So now you know what tourist industry representatives are thinking of. And next time you go somewhere think twice before planning your sightseeing itinerary.

Be different. Opt for unexplored places. Or try to mix up must-sees and off-the-beaten-path attractions.

Petrikirche: Mystery Hidden Behind The Facades

— Hidden places off the beaten path

— St. Petersburg and other Russian cities

Some of the links in this blog are affiliate links. If you buy something through them, I’ll receive a commission, at no extra cost to you. It helps me to manage the cost of running this blog. That being said, I only recommend products and services I use and love.

This website uses cookies to improve your experience. We'll assume you're ok with this, but you can opt-out if you wish. Accept Read More