Komarovo is a charming village in the suburbs of Saint Petersburg. It stretches along the shore of the Gulf of Finland. Komarovo attracts tourists with pristine forests, sand beaches, and picturesque dunes. Let’s take a look at this place which is often considered as a green museum under the open sky.

Komarovo, a Charming Village Hidden in the Forests:

Komarovo is a small village 40 km away from Saint Petersburg. Situated on the shore of the Gulf of Finland, this place has always been loved by Russian VIPs. This is not surprising as Komarovo is recognized as a natural monument. It has everything for a great chill-out: amazing forests, sand beaches, and the gulf shore.

Though the village of Komarovo is quite small, it is worth a one-day escape from Saint Petersburg. The main “treasure” of Komarovo is its nature. I am sure that you would enjoy charming northern landscapes as I do.

In Komarovo, there is a special area — an ecological path — that makes visiting forests easy, safe, and entertaining. This area is called Komarovsky Strand (or Komarovsky Bereg, in Russian)

Since 1992, Komarovsky Strand has been a protected area, a natural monument. This is a pristine forest area in the suburbs of Saint Petersburg that remained almost untouched. In summer 2014, an ecological path was opened there.

The route of Komarovsky Strand is about 3,5 km long. The main part of the itinerary lies in the forest. Spines in this area are amazingly high and straight. Here and there we see anthills. Some of them are the size of humans!

In the forest, there are many ponds and small streams. The water in them is clear and cold. If you look closer, you will see that this photo is… a reflection of trees in one of the ponds!

Before the Revolution of 1917, the village Komarovo was a place where wealthy inhabitants of Saint Petersburg loved to spend vacations. You have probably heard the Russian word “dacha”. Dacha is a suburban house (often located in the countryside or in a small village) where Russians spend summers. So Komarovo was THE place where rich people built their dachas.

For instance, famous jeweller Carl Faberge had a dacha in Komarovo. Ballerina Matilda Kshesinkaya (who is known as a lover of young Nicholas II) spent her vacations in the dacha of Youkhnevich. In general, before the revolution, there were over 400 dachas in Komarovo. Many houses were remarkable by intricate architecture: high figured roofs, spacious verandas with multi-coloured glass, carved platbands, and weathercocks.

Unfortunately, this beauty didn’t survive in the XXth century. And even if some buildings still exist, they are in extremely poor condition. When we walk along Komarovsky Strand, we can see the rest of the former decorations. For example, there are cascade ponds (which were certainly created by humans), a picturesque semi-ruined staircase, and the rest of the fountains.

You will need 1-1.5 hours to wander in the forest of Komarovsky Strand. The area is not very big but it is so peaceful that you may not want to leave it too fast.

Now let’s continue your path along the shore of the Gulf of Finland. It lies close to the forest, you just have to cross the road (Primorskoe Avenue) — and you are already on the beach.

The Gulf of Finland has wonderful sand beaches. Though the water in the gulf remains cold even in summer (~15-17°C), on a sunny day many people dare to bathe. If you are not so brave, you will certainly enjoy walking along the shore, sunbathing and collecting seashells.

The beach is very long so it’s possible to spend there a couple of hours: the sea on one side, spines and rosehips on the other side. When you’re tired and hungry, head to one of the multiple shore cafes which have cosy verandas with a beautiful view of the sea.

Travel Tip:
Don’t forget a windbreaker when you go for a walk to the shore of the Gulf of Finland. Even in the summer, the weather is often windy and chilly.

HOW TO GET TO KOMAROVO

The fastest way to get to Komarovo is a suburban train. It departs from Finland railway station in Saint Petersburg. You go to station Komarovo. The road takes 1 hour and costs ~90 Rub (~1.5 USD per one-way ticket). You can buy tickets at the railway station (in ticket offices or ticket machines)

When you leave the train at Komarovo station (which is actually just a platform), cross the railways and then a highway. Then just follow Morskaya Street which goes down and leads to the shore. In the middle of the road, you will see the entry to Komarovsky Strand. Turn to the right and enjoy!

The entrance to Komarovsky Strand is free. 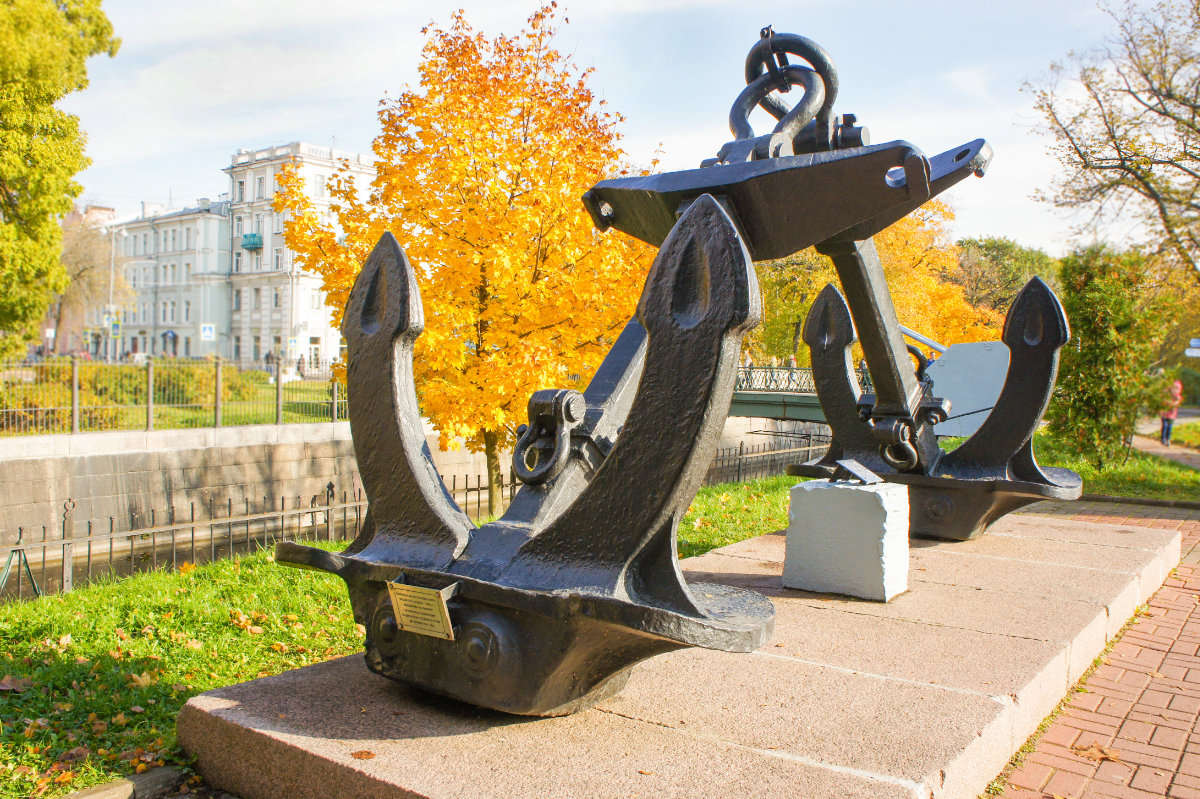 Kronstadt is a city of Russian naval glory. Take a tour of this fortified island to discover its secrets! 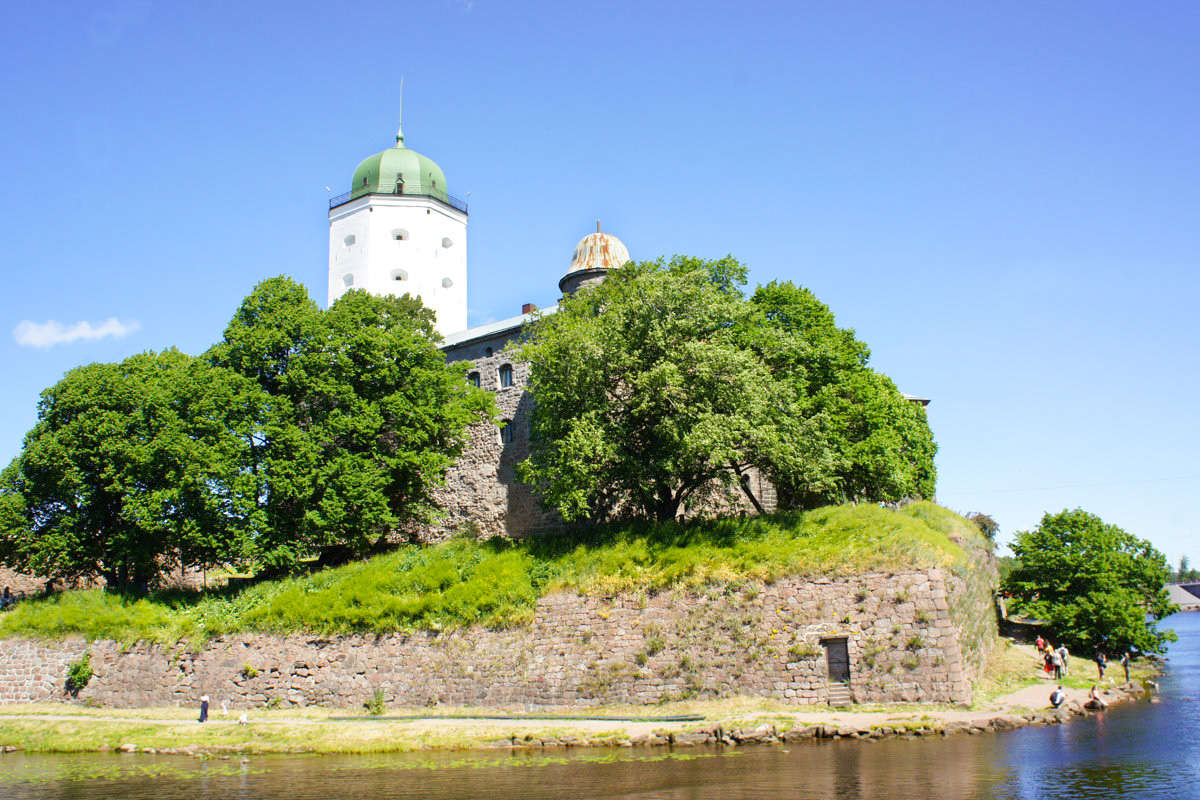 Vyborg — Exploring The Secrets Of A Medieval City

Take a tour of Vyborg, a charming Russian city with an old-style European atmosphere